8 great reasons to move to Spain 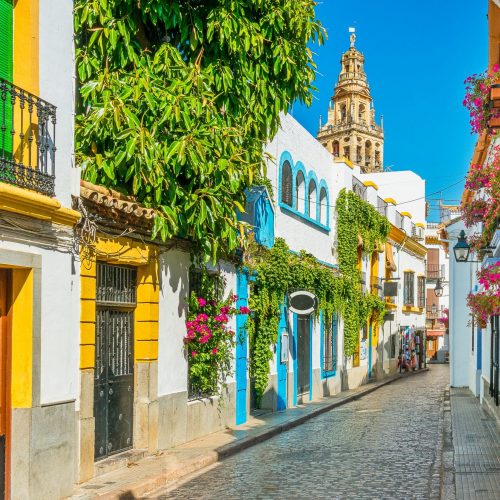 Are you considering a move to Spain ? If you are looking for sunnier weather, a more relaxed and balanced life, and a cheaper cost of living, Spain can be the perfect destination for you. Many expats have already decided to relocate to this Southern country to enjoy a better quality of life every day. But what are the main advantages of an expatriation in Spain? And its drawbacks?

Let’s take a look at 8 of the main reasons why many people decide to move to Spain.

The main reason why many expats move to Spain is the nearly perfect weather all year round. With over 300 sunny days a year and mild temperatures even in winter, you can make the most of beaches, terraces and other outdoor activities throughout the year. Spanish people live mostly outdoor, no need to wonder why !

This great weather is not the same in every part of Spain. Areas like Galicia and Asturias present much higher rainfall than the national average which makes them attractive for a cool option in the middle of the summer.

One of the many perks of relocating to Spain is the cost of living. It is much cheaper to live in Spain than in many European countries. For example, grocery items, restaurants and real estate are on average 20 to 30% cheaper than in the UK for a similar standard of living. It allows many small (and big) daily pleasures.

Large cities like Madrid and Barcelona, ​​however, remain more expensive than the rest of the country.

Spain has a rich food culture with many tasty traditional dishes such as Paella Valenciana, patatas bravas or tortilla de patata. In bars and restaurants, it is common to share a good tapas meal with friends or family. Most of the fruits, vegetables and seafood are sourced locally in Spain. For example, the region of Valencia is known to be one of the world’s leading producers of oranges and olives.

We recently wrote an article on 10 traditional foods from Valencia.

Spanish people are friendly, warm and extremely sociable, which means you won’t have difficulties to be accepted by the local community. One of the things that surprised us the most is that they don’t hesitate to come talk to us even if they don’t know us!

Spanish people are among the happiest in the world, according to a recent study on international values.

Spanish also known as Castellano is a Latin language that has many similarities with French and Italian in terms of vocabulary and grammar. It is one of the easiest languages ​​to learn and there is nothing like immersing yourself in the local culture to improve your skills. Many language schools are also available for learning the basic rules. Spanish people generally speak good English, especially in the tourist areas.

If you decide to move to Spain, you should therefore not have any particular difficulties in learning Castellano.

Spain offers a rich variety and high beauty of natural landscapes which are still relatively unknown. As surprising as it may seem, Spain is after Switzerland the 2nd most mountainous country in Europe with an average altitude of 650m. Some of the must-sees in Spain are: los Picos de Europa, the Sierra Nevada and the Pyrenees.

Forming the Iberian Peninsula with Portugal, Spain is also one of the countries in Europe with the most kilometers of beach. Some have turned into seaside resorts while others have been preserved in their natural state.

One of the things you look at first when deciding to relocate abroad is the quality of the healthcare system. The health system in Spain is public and rated to be among the best in Europe. A great feature of this system is that the Spanish social security guarantees free healthcare without having to advance costs. Finally, as in many other countries, there is also the possibility of opting for private care which will therefore be chargeable.

Note that dental and optical care are very rarely covered by the social security in Spain.

A strong English speaking community is already present in Spain and this trend has been on the rise in recent years. You will therefore be neither the first nor the last if you decide to move to Spain, which will greatly facilitate your integration if you do not yet speak Castellano and you do not know anyone there yet.

If you are looking for support during your move to Valencia, our relocation agency will help throughout the whole process  : administrative procedures, the search of a home, a school or even the move itself. With Vivre a Valencia, your relocation will be an easy and pleasant experience. Contact us at contact@vivreavalencia.com.